In the current times, the world is heavily depending on natural resources such as oil, natural gas, and coal for meeting its energy requirements. Nonetheless, utilizing these sources of energy is going to put a drastic environmental impact in terms of climate change, economic burden and insecurity of these non-renewable resources.

Being non-renewable, these energy sources are not going to last forever. Moreover, they are going to become pricier and hard to save due to their dwindling supply. On top of that, the burning of fossil fuels causes a release of carbon dioxide into the air affecting the climate negatively.

Luckily, in the past few years, people, organizations, as well as governments from all across the world, have started embracing their environmental responsibilities. With that being said, there has been a tremendous shift in utilizing eco-friendly energy sources also called renewable energy sources.

What Benefits Does this New Shift Hold?

The benefits of switching to renewable energy sources from natural, non-renewable sources are as follows:

What Will this New Shift Take?

It will include an array of approaches to achieving a clean energy future emphasizing on the improvement of energy efficiency and utilizing renewable technologies at large and small scales.

The Role of Big Companies in this Shift:

Due to the rise in global warming, several big companies have claimed to be working wholly on renewable energy for reducing carbon emission. With this respect, corporate giants such as Unilever, Microsoft, Apple, Intel and many more have started utilizing 100% green power in the U.S. 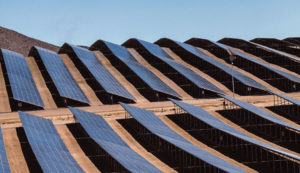 Google is Making Efforts for Making the World Sustainable:

Google, a multinational technology company of the U.S., has made a commitment to buy sufficient renewable energy for meeting its 100% consumption of global electricity. Additionally, it is going further by generating new energy from renewable energy sources. Cool, isn’t it?

Indeed, Google is continuously working on making sustainability a reality and it has made around 20 projects related to renewable energy sources to date.

Their purchasing commitments are going to result in over $3.5 billion of infrastructure investments all across the world. In the U.S., it will make about two-thirds of that. In the revenue, these projects add tens of millions of dollars annually to domestic property owners. While, in tax revenue, they also add tens of millions more to national and local governments. 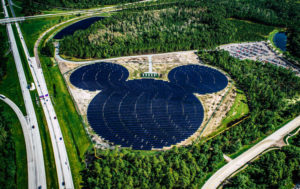 Likewise, the Walt Disney Company is also making efforts in producing adequate renewable solar energy. So, to powering its four parks fully located at the Walt Disney World Resort in central Florida. With this regard, they are also making investments in minimizing their carbon footprint.

Adding to it, Disney is also encouraging more automobiles running on renewable fuels. For instance, there is a bus fleet that the Walt Disney World Transportation owns running on R50 renewable fuel – R50 is a renewable diesel made fuel that consists of non-consumable food waste. It's one of its own kind in the entire United States.

Even though this shift is still on its initial phase, resources of renewable energy can provide power to several communities as per studies. Rendering to this, renewable energy possibly needs huge capital investment, however, it will work on low cost making it a sought-after resource. Over time, this brings about a more stable cost.

Last but not least, more people will be going to get jobs due to this new shift. In comparison to technologies in the sector of fossil fuel, the technology of renewable energy, for instance, solar power needs more labor. This is indeed what makes this new a significant aspect of economic improvement as well.

Renewable Resources: The Impact of Green Energy on the Economy

Google: From carbon neutrality to 100% renewable energy, and beyond

100% renewable is just the beginning

The Magic Kingdom Is Going Green